The ’32 Roadster is a car that has transcended time and place and mere transportation to become a true icon: a car that not only laid down the blueprint for the quintessential American automobile, but also came to define a uniquely American automotive genre. From Bonnie and Clyde to the Beach Boys, Boyd Coddington and beyond, the 1932 Ford has seen it all.

Few cars have so effortlessly cruised across the broad landscape of American popular culture, a remarkable achievement considering it was a short-run model and fewer than 290,000 were built and that the irascible Henry Ford had to be persuaded to make it in the first place. At its launch in March 1932, it represented the collective wisdom of some of the brightest engineers and designers in Detroit. But it took a bunch of blue-collar backyard mechanics looking for speed and thrills in the bright Southern California sunshine to make the 1932 Ford immortal.

Our unbelievable black exterior with red interior 1932 example of this American automotive legend is all buttoned down and ready to roll! This Deuce has a powerful rebuilt 350 V-8 engine backed by a Turbo 350 trans with shift kit. Featuring a body by Show-Me Rod and Custom, frame by LRS Inc. Chassis MFG. 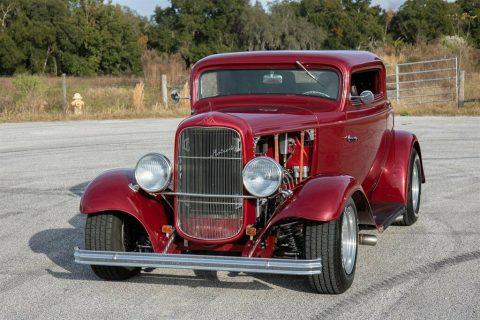 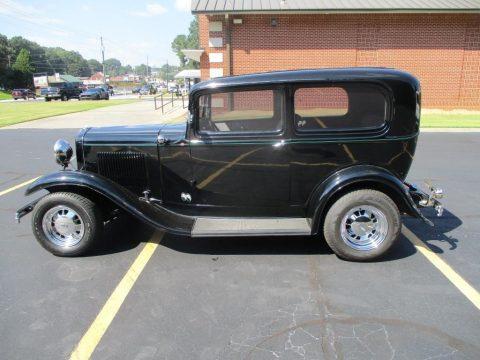 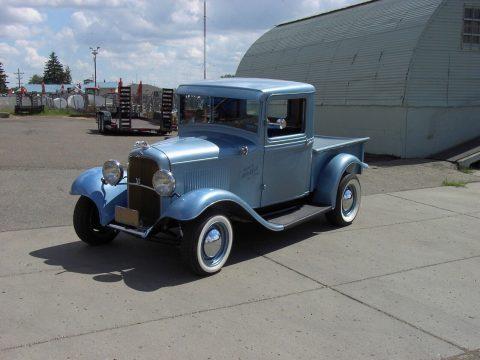 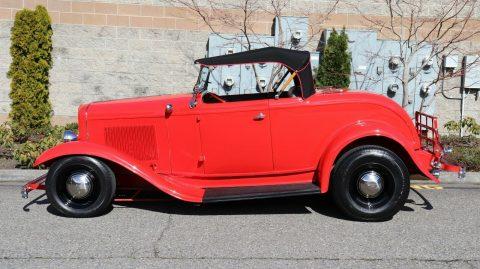 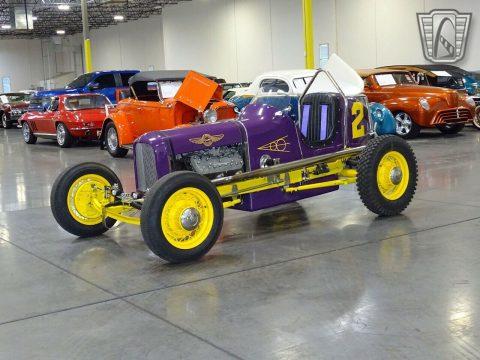