Gateway Classic Cars is excited to present this 1936 Ford Model 50 pickup at our Milwaukee Location.

The first Ford pickup was manufactured in 1917. The model TT was combined with the Model T cab on a studier frame. It had a one-ton payload and accommodated numerous third bed configurations. By 1928 Ford had sold over 108 million TT Trucks. In 1935 the Model 50 pick up was introduced. It was powered by a Ford Flathead V-8 engine. Production of the Model 50 came to halt in 1941 due to a shift in production due to World War II. By the end of 1941 Ford has manufactured more than four million trucks.

Our 1936 Ford Model 50 is a great example of the workhorse truck that has made Ford the pickup king of the world.

Under the hood of this ’36 is a 360 V-8 that has been rebuilt with the Edlebrock manifolds and the carburetor attached to a 727 automatic transmission.

The truck is painted in fire engine red with a custom made wood box and running boards. Accented with alloy wheels that are mounted on some awesome fat rear tires.

Black leather seating is a a great addition to the interior. Power steering has been installed to make this truck an ease to drive.

This 1936 Ford Model 50 pickup is ready for that run to the hardware store or a local car show. Either way you look at it this is one cool truck! 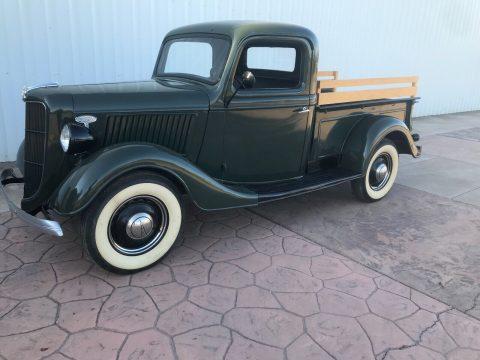 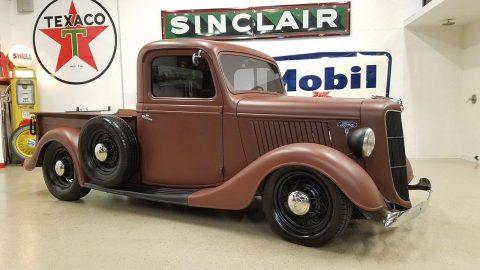 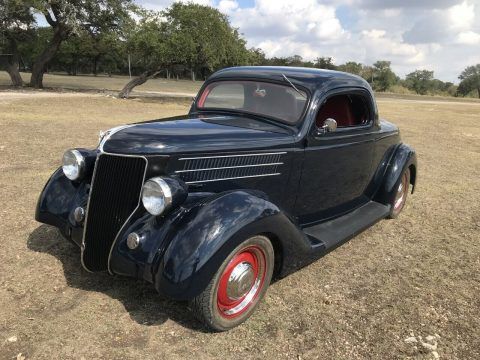 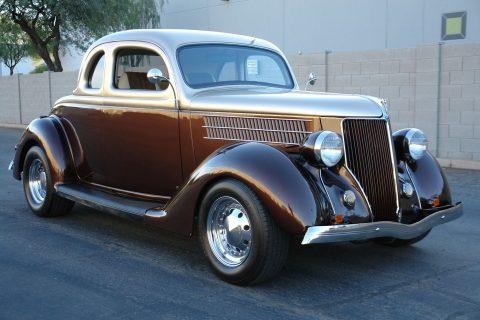 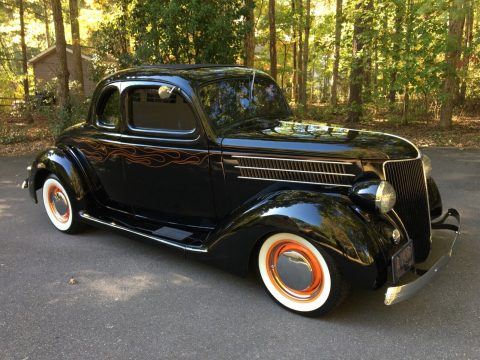